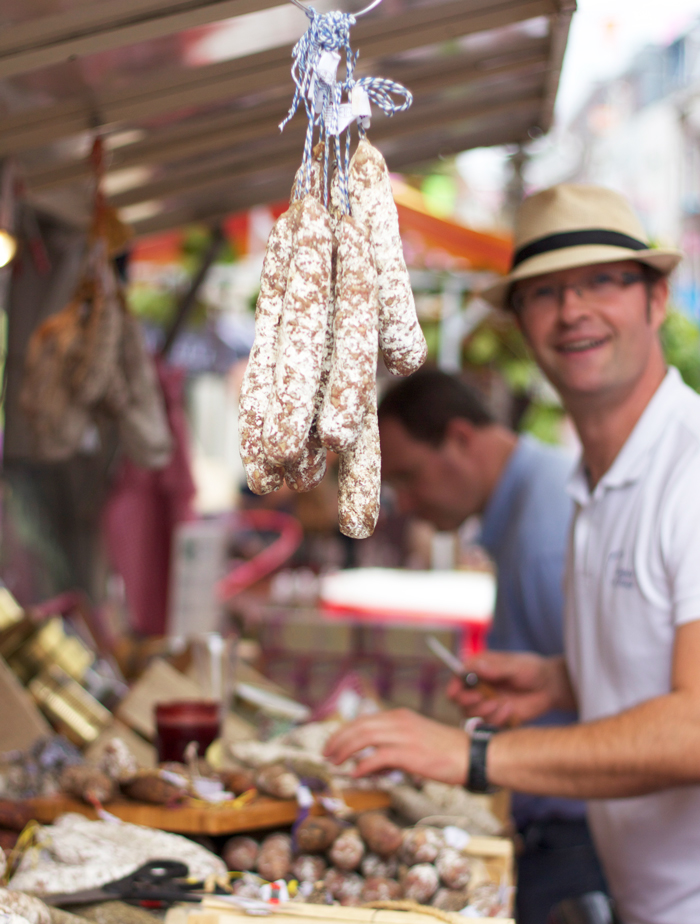 Here’s a special one for all you food market fans. An article from the old box* when I lived in Utrecht and wrote for Jamie Oliver’s website. Since then, the Local Food Market (De Streekmarkt) has moved from the Twijnstraat to three other historic locations in Utrecht: Mariaplaats, Stadhuisplein and Domplein. The new season starts tomorrow with the first Local Food Market of the year at Domplein. And I heard that the sun promised to shine!
*In Dutch, we say ‘uit de oude doos’ (‘from the old box’ in English) when we refer to something from the past.

The Twijnstraat (‘straat’ is Dutch for ‘street’) is one of the oldest shopping streets in the city of Utrecht. Back in the thirteenth century, people already gathered their groceries here. Today it’s a trendy street packed with small speciality shops. A great place to gather ingredients for a Sunday feast. 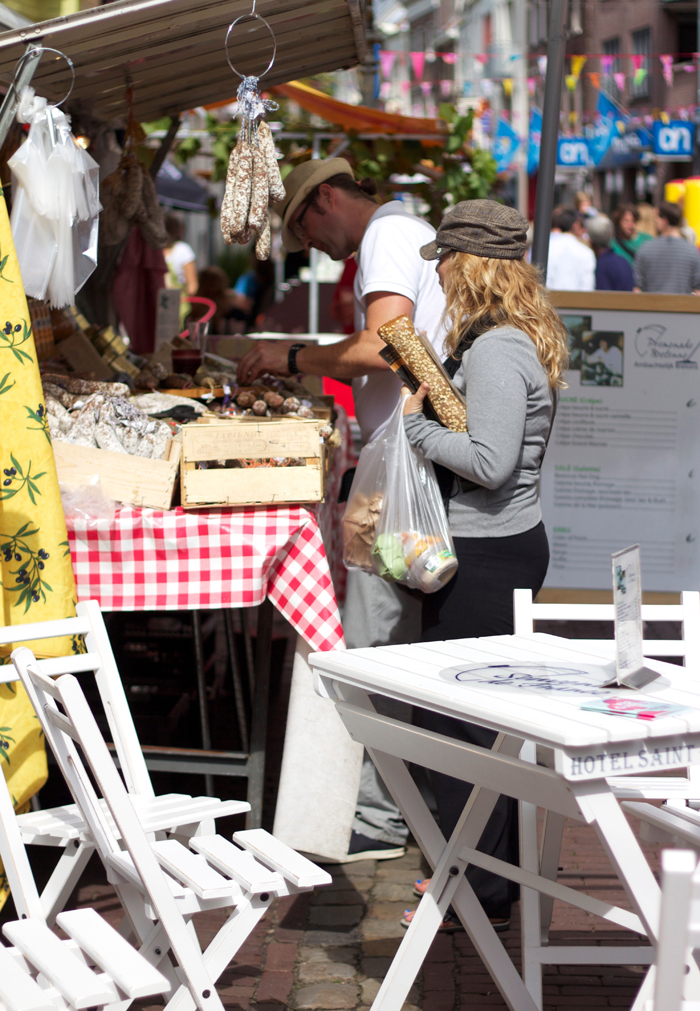 Last Sunday it was a culinary celebration, because for the second time, The Local Food Market was organised. The whole street lined with fifty stalls packed with local produce. The idea behind this market is to gather as many local, artisan and organic products in one place. Ingredients and their makers with a story. Funnily enough there were also sausages from France and wines from Italy sold… But as long as I can enjoy a variety of delicacies from all over the world, I’m more than willing to overlook this broad interpretation of ‘local’ ;). After two hours of strolling around in the friendly crowd I went home with a bag filled with goodies and a head filled with inspiration. 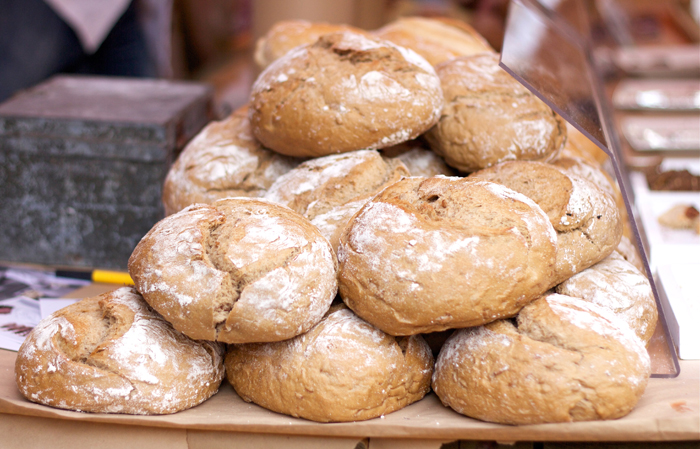 I simply could not resist the handmade wooden boards, made of cedar trees, from the Dutch initiative Koken op Hout (Cooking on Wood). You can prepare fish, poultry, meat and vegetarian meals on these boards, let your oven do the work, and serve your meal surrounded with the rich fragrance of a cedar forest. The boards are also ideal to serve your meal on. Jamie would be proud! The sourdough bread, as well as the two enthusiastic bakers behind the booth, also grabbed my attention. Also some products that you would not necessarily expect such as Dutch nougat (which is a typically French sweet) with peat berries, sea salt and macadamia nuts made a visit to the market more than worth it.

Where? The Local Food Market has moved from the Twijnstraat to three other historic locations in Utrecht: Mariaplaats, Stadhuisplein (Korte Minrebroederstraat) and Domplein. And because it is so popular, the market is also held in other cities sometimes.