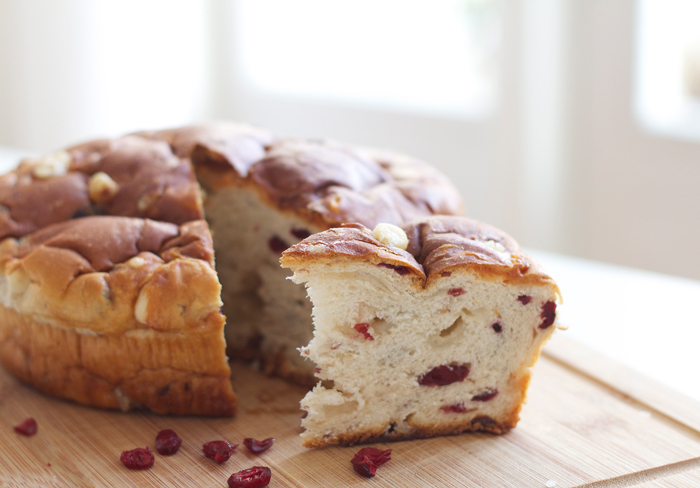 Frisian sugar bread, or as the Frisians would say in their very own language, Fryske sûkerbôle. Frisians are a Germanic ethnic group that live along the northern Dutch and German shore. Along with their own language come some delicious traditional recipes. Trust me, you don’t want to miss this one!

In the old days sugar bread was a popular gift when a mother gave birth to a girl. Did you get a son? Then their was krentencake, cake filled with raisins, on the menu. During my visit to windmill “De Ooievaar”, baker Chiel was kneading the dough with cranberries and sugar lumps. It took some patience, because the dough needs time to rise, but after a while I took home a beautifully round and warm sugar bread. To be honest, it was not hard to kill time snooping around in the store and getting a tour through the old windmill.

Sugar for my honey

What makes Frisian sugar bread so delicious are the sugar lumps, also called sugar chips or pearls. These hard lumps, which are also uses in Belgian waffles, add a special bite and flavor because they are made of sugar which is compressed under high pressure. As a result, the sugar does not melt during baking and remains crisp, with a caramelized layer. You can buy sugar lumps at windmill “De Ooievaar”, ask about them at your bakery or order them online. 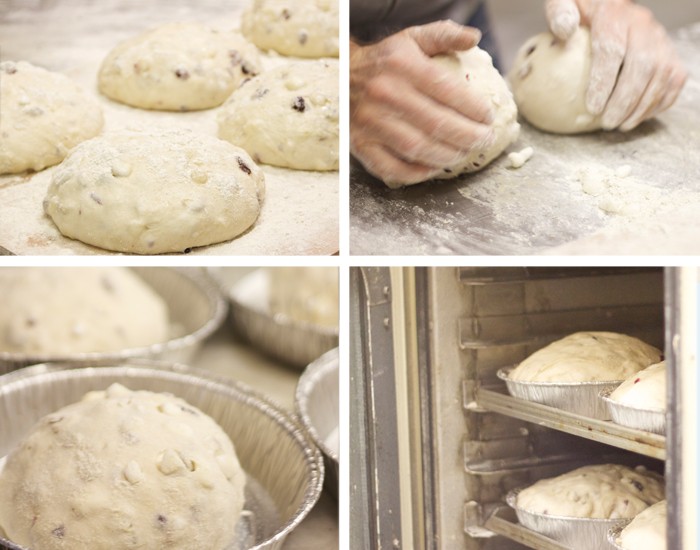 Mix the flour, yeast, salt and sugar together in a bowl. Add the butter and water and knead into a cohesive dough. You can do this with a bread maker or by hand. Knead for about 15 minutes.

Mix the sugar lumps and cranberries into the dough. Knead a ball, put it in a bowl covered with a damp tea towel so the dough doesn’t dry out. Let it rise for 5 minutes in a warm place.

Take the dough out of the bowl and make it flat. Again, knead into a ball and place in the aluminum foil baking pan. Cover with the tea towel. Let rise for another 40 minutes. Meanwhile, preheat the oven to 400°F/200°C.

Bake the sugar bread for about 25 minutes until golden brown. Remove from the oven and brush with melted butter for a nice shine.