Your Dutch guide to baking

Your Dutch guide to baking 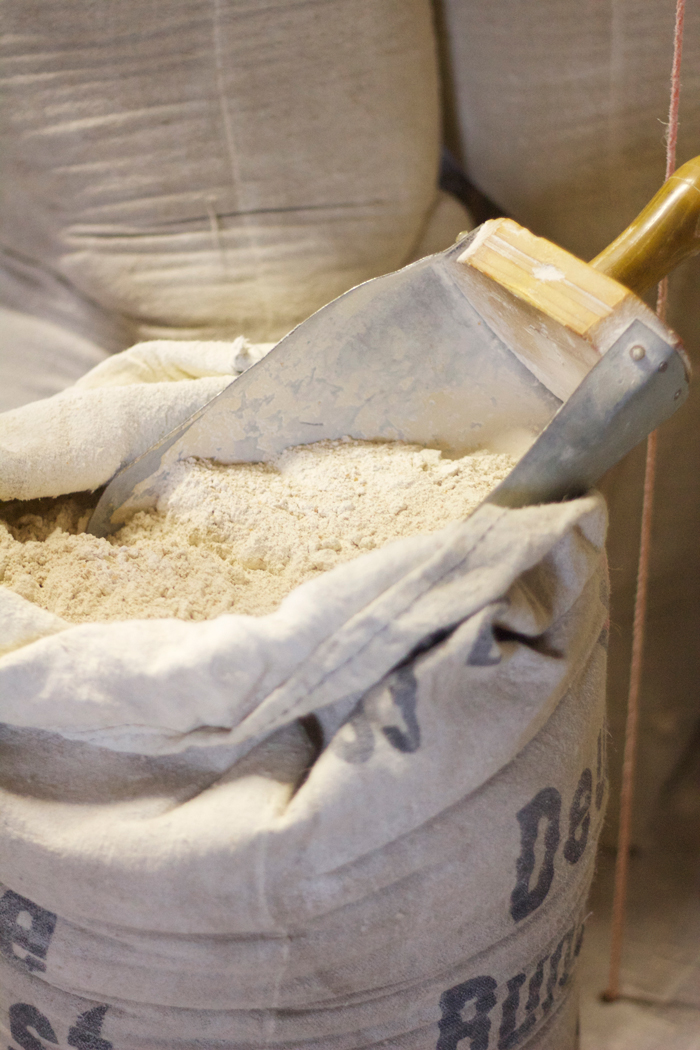 Granen, koren, meel and bloem. There is an endless variety in stores and produced by traditional windmills. The Dutch world of baking can be confusing… very confusing. Want to know what kind of flour to use for the best baked goodies? Or when baking in general? Read on, my dear friend!

Granen (grains), also called koren in Dutch, are the seeds of cereal, which is a grass. Examples of grains that you can buy in Dutch stores are gerst, haver, rogge, rijst, mais, tarwe and gierst (barley, oats, rye, rice, corn, wheat and millet). Grains consist of several parts. In the core you will find the endosperm, also called bloem (flour), which serves as reserve nutrition for the plant. Flour contains mostly carbohydrate (starch) and protein (gluten); two important ingredients for baking bread.

The protein level of flour determines the elasticity of the dough. During kneading, the gluten form a network which contains the air bubbles that come up during the rising of the dough. The result is a fluffy bread. Gluten is part of the protein in wheat, rye, barley, spelt and kamut. Oats naturally don’t contain gluten, but have often been in contact with wheat during processing and therefore can’t be eaten by people with a gluten intolerance. There are also gluten-free varieties of oats on the market, which are processed separately. You’re most likely to succeed in organic stores.

The germ is located at the bottom of the grain. This is the part from which a new plant can grow after sowing. It consists mainly of healthy fats. The endosperm and germ are covered by a protective layer, also called the ‘bran’. Most of the good nutrients of the grain are contained in the germ and the bran. Yet many products you will find in stores contain bloem (flour) only.

Difference between meel and bloem

Meel is obtained by grinding the whole grain. It contains the germ and bran, making it very nutritious. The word volkoren (whole grain) is often used to indicate this.

Bloem is the finest grind of meel. The germ and bran have been removed, and only the inner part of the grain, the core flour, remains. It is usually white, but can also be light yellow or pink, depending on the type of grain.

Is there a difference between flour from the factory (which is for sale in the supermarket ) and flour produced by a Dutch windmills? Bastiaan, who runs windmill ‘De Ooievaar’ explains: “Flour factories are basically bloem factories. Big steel rolls are used to grind the flour many times. When a factory wants to produce meel, they add back several ingredients that were removed, such as the bran. Often the germ is not added, because the healthy fats effect the shelf life of the end product. In the mill the whole grains are ground at once, therefore all nutrients are included in the meel. If we want to produce bloem, we sift the meel. Exactly the other way around!” 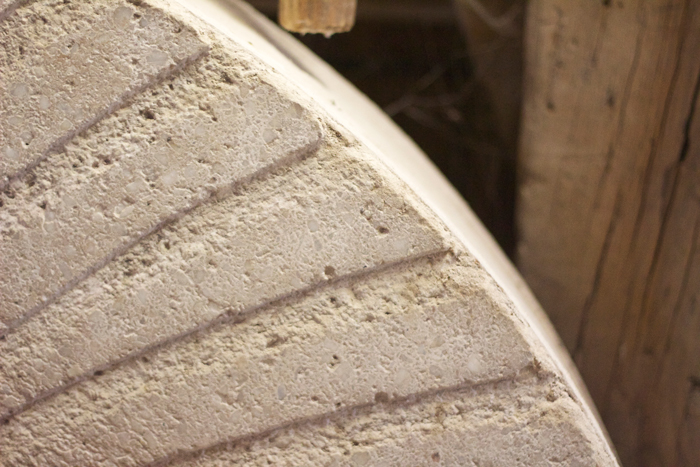 For baking bread and cakes wheat is by far the most commonly used grain in the Netherlands. There are many variaties. Let’s divide them into two groups: hard wheat and soft wheat.

Hard wheat is made from wheat variaties with a hard grain and a high level of gluten. This makes it very suitable for baking bread. Hard wheat often comes from Germany, France, the United States and Canada. Bloem made from hard flour is called patent bloem.

In the Netherlands only soft wheat is grown, due to the cool sea climate. Most soft wheat comes from the provinces Groningen, Zeeland, Flevoland and Limburg. This type of wheat has a low level of gluten, making it less suitable for baking bread. Bloem made from soft wheat is also called Zeeuwse bloem and is ideal for baking cookies. Instead of being elastic and fluffy the dough becomes brittle. This is why Dutch cookies (such as speculaas) are so crunchy!

Are you as big of a home-made-pasta-fan as I am? Then it is useful to know that ‘Tipo 00’ means that the flour is very finely ground, similar to the flower that we know from the supermarket. However, this says nothing about the type of wheat that is used (hard or soft). For pasta, it is important to use wheat with a lot of gluten, so that the dough is flexible and doesn’t tear. If the package says ‘Grano Tenero’ this means it is made from soft wheat and it is not suitable for making pasta. Choose for ‘Grano Duro’, which is Italian for ‘hard wheat’.

Yeast is added to the dough to make the bread extra fluffy. Yeast is a single-celled micro-organism, which under the right conditions turns sugars into gas (air bubbles) and alcohol. This gas causes the dough to inflate during rising. The alcohol gives the bread its distinct flavor. Yeast works best at a temperature of 20-35 degrees. Keep this in mind when baking your own bread.

Yeast needs sugar to work its magic. Use no more than 2 percent sugar (take 2 percent of the amount of flour used). If you add more, it reduces the rising process. Professional bakers use mostly basterdsuiker, which is finely ground. Finally, always use a bit of salt to season. Use about 1.5 to 2 percent.