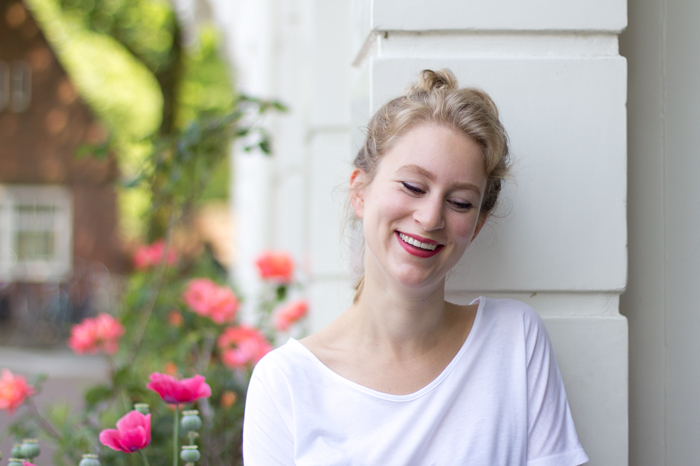 Last weekend, on my way to yoga class, these poppies caught my eye. Standing in front of my neighbors house in full bloom. Against a backdrop of the old white house they stood proud, with their beautiful tall stems. What an explosion of color! Even if for some unimaginable you’d want to try, these gorgeous flowers will not be ignored.

I couldn’t wait to get my camera out. During yoga class I was already picturing how the contrasting colors would pop. The bright pink with the soft shades of green. Meanwhile trying to focus on the ‘here and now’ during breathing exercises. O well… Being distracted by these creations of mother nature seems pretty ‘zen’ to me.

With my camera around my neck, I joined the other groupies in the street: the swarming bees and tiny hover wasps. My neighbor, who was cutting down the bushes in front of his window to a more manageable size, meanwhile gathering the most odd finds from the clipped greens, says: “Wow, you are really making serious work out of this.” The only thing I could say to that was: “These poppies won’t accept anything less.” 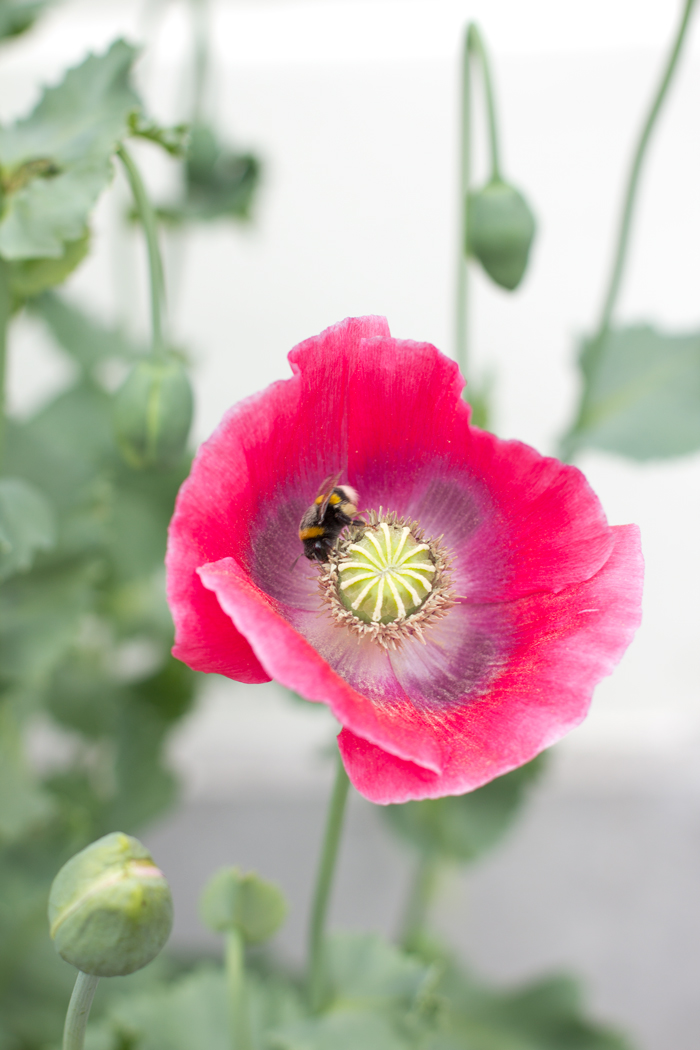 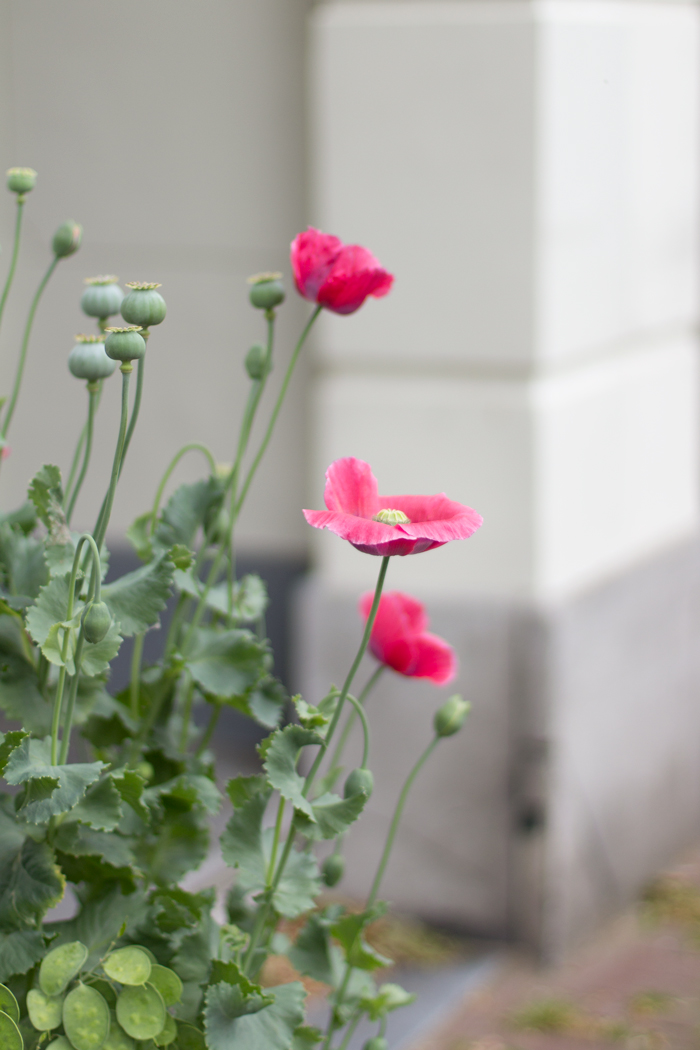 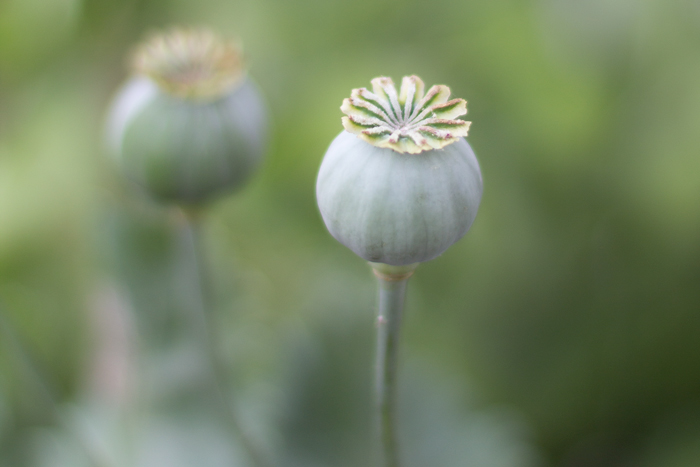 The friendly shape of the round globe, called ‘maanbol’ in Dutch (which means ‘lunar globe’), makes for a great still life. And what about the proud-hearted crown that tops it all off? I started with a sketch, to see what kind of shading works best: vertical lines, horizontal lines or dots. Then I experimented with the combination of a pen drawing and watercolor. Applying the paint on top of the drawing left a greyish glow around the lines, even though I use a water resistant pen. So on my second try, I dyed the paper first with watercolor, did my best to be patient while this dried, and then started drawing. These poppies better not be still craving for attention after all of this :).

PS. While looking for the right translation of the Dutch name ‘Bolpapaver’, I found out that in some countries, it’s illegal to grow these specific kind of poppies due to the opium they contain, hence the name Opium Poppy (Papaver somniferum). The seeds are widely used though, called ‘maanzaad’ in Dutch, also know as poppy seeds. 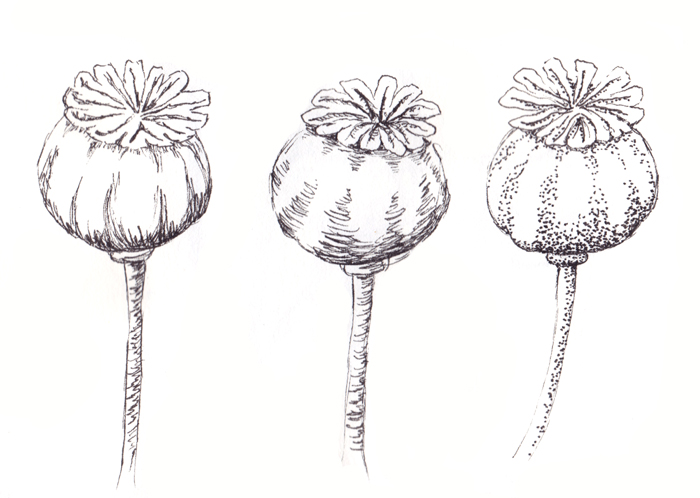 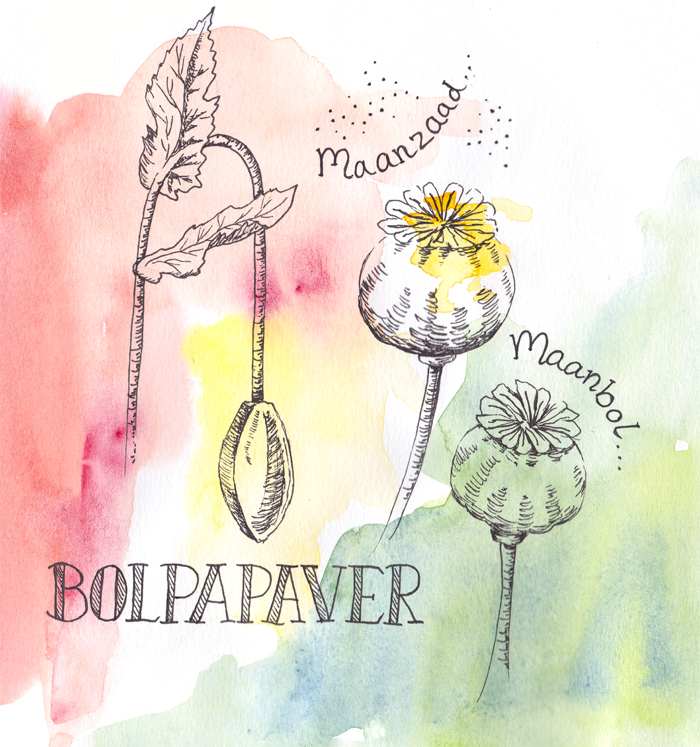